The news that grizzled veteran slugger Jason Giambi was interviewing for the Colorado Rockies managerial job – which coincided with the horrendous post-season fellow veteran slugger Alex Rodriguez has had with the New York Yankees – got me to thinking about Major League Baseball’s “Steroid Era” once again (of course, with the high-profile suspension of Melky Cabrera this season and the Ryan Braun controversy last winter, perhaps that era continues).

As we rapidly approach the voting period for the 2013 Hall of Fame induction ceremonies (something I wrote about last October), we’ve seen a lot happen to some of the standout names from that “Steroid Era” in recent months:

Alex Rodriguez has found himself on the bench a lot during the 2012 playoffs.

It’s an interesting juxtaposition when one considers some of these key players, and how some have moved beyond the scandals of the past decade and others may never recover. 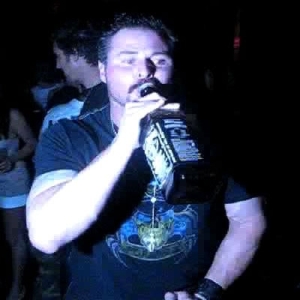 “After A-Rod retires, he wants to be a real estate mogul, the next Donald Trump. I could care less. As long as I can have a fast boat and a margarita machine and can light my hair on fire, I’ll be just fine.” – Jason Giambi, 2008

The fact that Giambi is now thought of as a sage veteran and potential field boss is fascinating considering his image 15 years ago in Oakland, or his near-pariah status when the steroids stories broke while he was a Yankee. And his one-time mentor McGwire’s return to the game after living in virtual exile following his infamous Congressional testimony is now almost an afterthought.

It seems Clemens, newly exonerated, hopes for a similar renaissance, though given the sordid accusations that made headlines that may take much more time. And the same goes for Bonds, though his obstruction of justice conviction (now under appeal) makes things a bit dicier still.

However, one has to wonder. If McGwire and Giambi can be considered as coaches and managers, shouldn’t this era of players also be considered for the Hall of Fame against their peers? Pete Rose and Joe Jackson aren’t in the Hall of Fame because they were banned from the sport (rightly or wrongly – that’s another discussion entirely). These players – Bonds, Clemens, and so many others whose Hall of Fame candidacies are now questionable at best – were never banned from the game. And no sportswriter who votes on the Hall of Fame knows for certain which players were using and which weren’t, or which players historically drank from the notorious clubhouse coffee pot filled with greenies and which didn’t. These players excelled against others who were also cheating, and they were still better than everyone else. Do we ignore an entire era of baseball history, or do we somehow recognize it in the Hall as a tainted era and allow the best of the best from that tainted era in the door?

Giambi won’t be a serious Hall of Fame candidate, nor should he be. But I’m curious where Alex Rodriguez will wind up in the minds of those voters who discount McGwire, Bonds and Clemens (as well as Rafael Palmeiro, Sammy Sosa, and even Jeff Bagwell, who received less than 42% of the vote last year despite never testing positive or being charged with a crime).

Because Rodriguez is still active, have his past transgressions been forgotten more easily than the accusations against those three, whose careers ended under clouds of suspicion? Because he admitted steroid use (when caught), will he be voted in while others are denied? And what about Ryan Braun, whose career certainly is on a Hall of Fame trajectory. Will a technicality that canceled his positive test and subsequent suspension be enough for voters 20 years from now to vote him into the Hall? 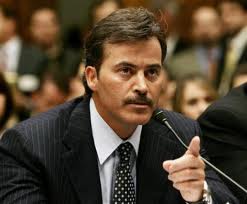 Rafael Palmeiro: His finger wag at Congress was followed by a positive steroid test. Oops.

I wonder how many years – or decades – it will take for some of the image rehabilitation to occur in the minds of the voters who select Hall of Famers. Perhaps it never will. It’s hard to imagine anyone forgetting Palmeiro wagging his finger at a Congressional panel and then later testing positive and blaming teammate Miguel Tejada’s Vitamin B-12 shot, effectively ending his career. But it’s hard to imagine an entire era of baseball history – and some of the most prodigious record-holders in the sport’s history – never being acknowledged in Cooperstown, particularly if those who have either outlasted the scandal (like ARod) or have come along more recently (like Braun) eventually make it. Enter your vote below…